Tar River Academy Mission Statement
We strive to meet the unique needs of our students through innovative evidence based practices addressing academic, social/emotional and career skills to help them overcome barriers and get back on track to reach their post-secondary goals.

Ms. Dawson was educated and raised in Northampton County.  She is a proud 1993 graduate of Northampton County High School-West.  She continued her education as a Viking of Elizabeth City State University where she earned her Bachelor of Science in Mathematics.  In 2006, Ms. Dawson earned her masters degree in administration and supervision from the University of Phoenix. 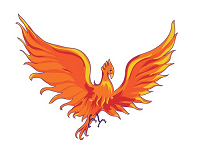